After all, the 49ers inside linebacker, who began his career with four straight non-playoff seasons before 2019, is preparing to return to action in Saturday’s divisional playoff game against the Vikings just over 10 weeks after he tore his left pectoral.

Lee, an orthopedic surgeon who specializes in shoulder and elbow reconstruction, says the traditional guideline is to wait three to six months before allowing patients to return to full activity after tearing a pectoral.

He doesn’t view Alexander’s return after a 72-day layoff as "crazy," but there is risk.

"By going back (now), it probably hasn’t reached the full, mature, healed-tendon state at this point," said Lee, an associate at Cedars-Sinai Kerlan-Jobe Institute in Los Angeles. "But is it strong enough to withstand the forces occurring during a game? No one really knows for sure."

"It’s kind of a balance. It’s an individual, case-by-case basis. Obviously, the 49ers are in the playoffs and it’s a monumental career milestone for a lot of players. So it might make sense to play with some risk that it may re-tear. Then there’s someone in high school with their whole career ahead of them. Then it’s probably not worth it."

Alexander was asked last week about what he’s been told about the risk of returning.

"I’m not really trying to think about any risks right now," Alexander said. "I’m just staying positive now. Once you go that negative stage, it stays in your mind. I’m just looking forward and moving on."

Lee said he can only think of one athlete who has returned so soon after a torn pectoral. And that’s Texans defensive end J.J. Watt, who came back Saturday for Houston’s wild-card win in overtime over Buffalo after he tore his pectoral on Oct. 27 against the Raiders.

Watt, who had a sack and two quarterback hits while playing 52 snaps, acknowledged the risk he took by playing.

If Alexander does suffer a re-injury, it’s likely to be more severe and involve more complications.

Alexander was likely injured when his pectoral tendon was torn from the bone. When a surgically repaired pectoral is re-torn, Lee said, it often involves muscle tearing from the tendon, which has been stabilized with sutures.

"Those (injuries) are a lot more difficult to repair and recover from," Lee said. "The analogy is kind of like sewing through ground beef. It’s hard to get grasp of the muscle using sutures and getting it to heal back down to the tendon. … Any time we talk about a second surgery, the results are generally not as good. You’ve already formed scar tissue. It’s not usually healthy tissue that we’re working with during the surgery, so the complication rates are expected to be higher in that situation."

Watt played Saturday with a shoulder harness that protected his arm from being bent all the way back. Lee doesn’t think a harness would provide much benefit to Alexander.

"That tackling motion, where you’re grabbing someone and bringing your arms closer to you, that’s the motion that puts the pectoralis at risk," Lee said. "And there’s really no way to protect that if you’re a linebacker. That’s literally your job - to tackle people. I don’t know how much protection a harness would provide him." 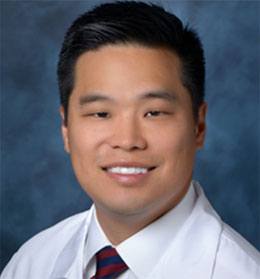